Max Lucado , “America’s Pastor”, was born in 1955 in San Angelo, Texas. He attended Abilene Christian University and earned an undergraduate baccalaureate in mass communications. He had originally planned to become an attorney. His mind was changed during a required Bible course at ACU. The changed goal required a graduate degree in Bible and two years of ministerial experience. He then went on to gain a master’s degree in Bible and Biblical Studies.

Following his graduation, he served as an associate pastor in Miami, Florida for two years. His desire to become a missionary came to fulfillment with a posting to Rio de Janeiro, where he and his wife served for five years. During this period, his father died of Lou Gehrig’s disease, so he came back to the United States in order to be closer to his mother.

During his time in Brazil, he wrote interesting and informative newsletters which were combined into a book manuscript which became his first published work. His writing style is appreciated by millions of fans worldwide.

In 1988, he began his role as minister to the Oak Hills Church in San Antonio, Texas, where he served as senior minister for 20 years. He had a health problem in 2007 which caused him to take a more limited role in the church, but continues to write and publish Christian inspirational books and articles. He has written nearly 100 books and has more than 80 million copies in print. He shares preaching and teaching responsibilities with his co-pastor. 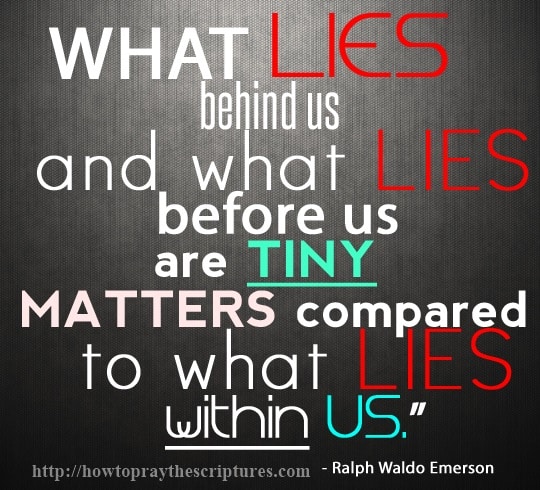 What lies behind us and what lies before us are tiny matters compared to what lies within us.

What lies behind us and what lies before us are tiny matters compared to what lies within us.