Joyce Meyer describes herself as a Bible teacher., first and foremost. She has been operating her own syndicated radio and television program for many years. The show is titled “Enjoying Everyday Life”. She, her husband and four children are involved in the Joyce Meyer Ministries globally. She is the author of more than 100 self-help and inspirational books, as well as several fiction books. The books have been translated into numerous languages.

Joyce Meyer has experienced many of the tough experiences of life personally, but has been able to maintain a relationship with God throughout the trials. Just out of high school, she was married to a man who was unfaithful and who involved her in a theft. The marriage ended in divorce. She met her second husband in a bar. She answered God’s personal call to her by conducting a Bible study class at her church. Eventually this led to a radio program and on to the worldwide radio and television ministry that she offers today.

In 2005, she was named as one of the most influential evangelicals in the United States by Time Magazine. Although she began her ministry in the Lutheran church, she resigned and formed her own ministry. It is called “Life in the Word”. There are a number of stations which carry her highly popular shows. In addition, she enjoys the writing aspect of her work. The style of ministry is practical but focuses on the mind, moods, mouth and attitudes. An open and frank style makes her popular writer that she is. 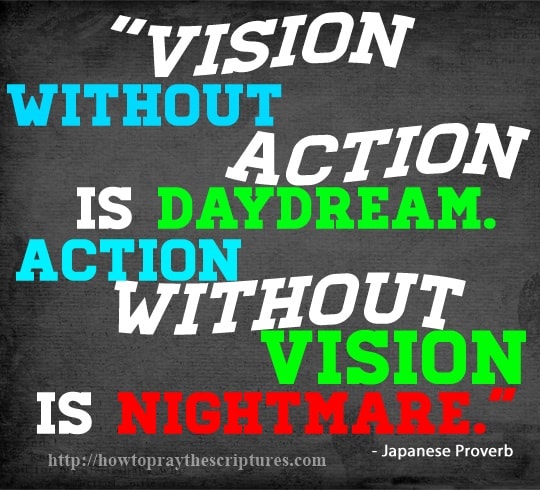 Vision without action is daydream. Action without vision is nightmare

Vision without action is daydream. Action without vision is nightmare